It’s being called a landmark step in the search for a treatment for the most common form of dementia. 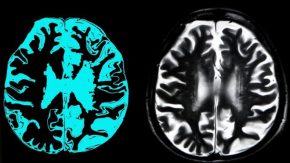 This week, drug company Biogen Inc.plans to ask for U-S federal approval for a medicine to treat early Alzheimer’s disease. The drug, aducanumab, helps the body clear harmful plaques from the brain. The discovery comes as a bit of a surprise, because Biogen had stopped two studies of the drug earlier this year when partial results suggested it was not likely to be successful. But the company says further investigation suggests patient who took a higher dose of the medication had less of a decline in thinking skills. The approval processes could take a year or two and if successful, the company hopes to initially offer the drug to patients previously enrolled in clinical studies of the drug.

This Week on Vintage Favourites: March 7