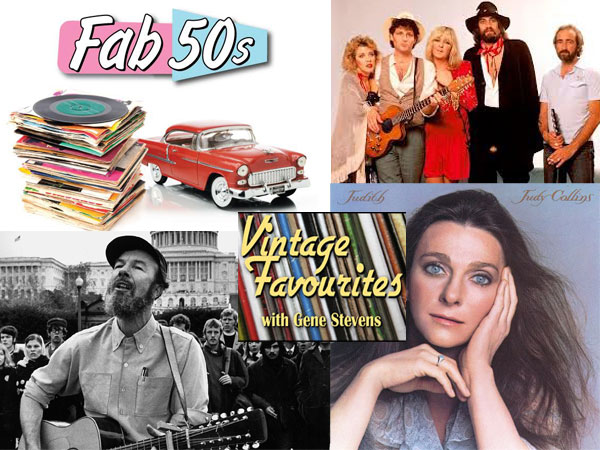 Next week marks the 100th anniversary of Pete Seeger’s birth – a legendary figure in folk music and the counter-culture movement of the Sixties. I’ll spotlight several landmark songs in his 8 decade career; then shift the spotlight to Judy Collins who turns 80. Two folk icons, along with the next, in our year-long feature on ‘the greatest groups of our time’ – Fleetwood Mac.

Plus: the ‘Fabulous Fifties – and Beyond’ between 2-3pm. kick-starts the next ‘Vintage Favourites’ this Sunday (2-4:30) with Gene Stevens, on Zoomer Radio.