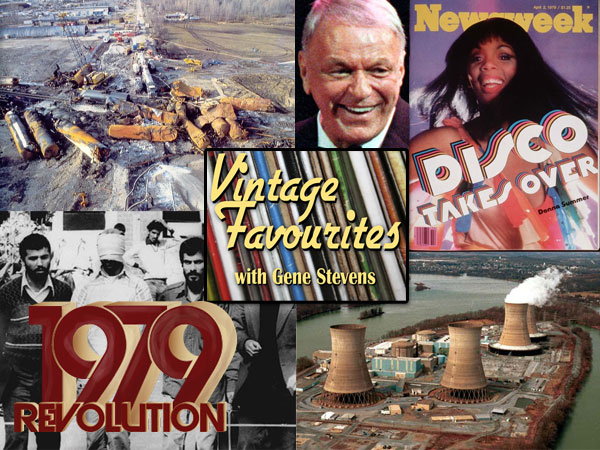 Hi, I’m Gene Stevens, with what’s coming up on the next ‘Vintage Favourites’ this Sunday afternoon.

I’m wrapping up our ‘vintage year’ series which we’ve been following for the past 50 weeks – highlighting the biggest news, sports and entertainment stories of every year between 1930 and 1979.

And so we come to ‘the vintage year – 1979’ … Three Mile Island, the Iran Hostage Crisis, and the Mississauga Train Derailment and evacuation. Pittsburgh was home of the champions – Super Bowl and World Series winners … and disco music ruled the scene.

The hits of 1979, a 101st anniversary Sinatra-salute – and a look ahead to what’s coming up on future ‘Vintage Favourites’ programs.