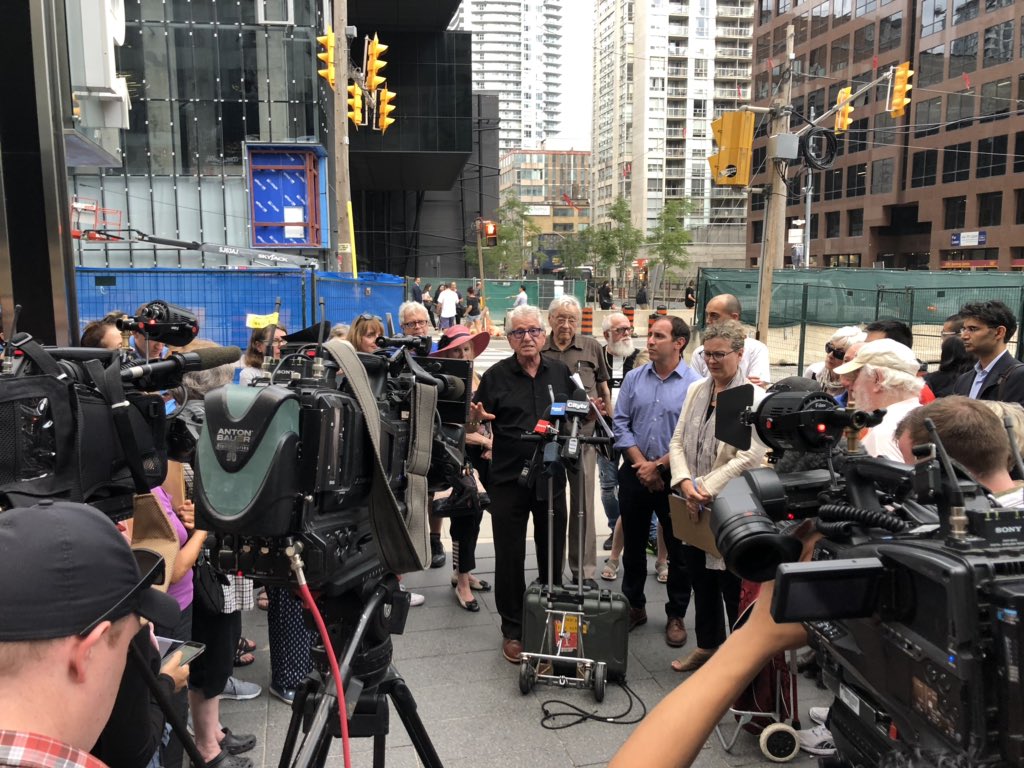 Libby Znaimer is joined by Councillor Mike Colle, for Ward 8 Eglinton-Lawrence, Josh Matlow, for Ward 12 Toronto-St. Paul’s and Councillor James Pasternak, for Ward 6 York Centre, and the Chair of the Infrastructure and Environment Committee. After that, Libby is joined by Jamie Robinson, Director, Community Relations and Communications, Rapid Transit Projects at Metrolinx and then Councillor Jaye Robinson of Ward 15 Don Valley West.

There is a new call from a number of Toronto City Councillors for a halt to construction projects in the Yonge and Eglinton area after a 54-year-old woman was fatally injured in a collision with a cement truck last Tuesday. Councillor Colle has stated that the issue of trucks on residential streets was not addressed in Vision Zero.