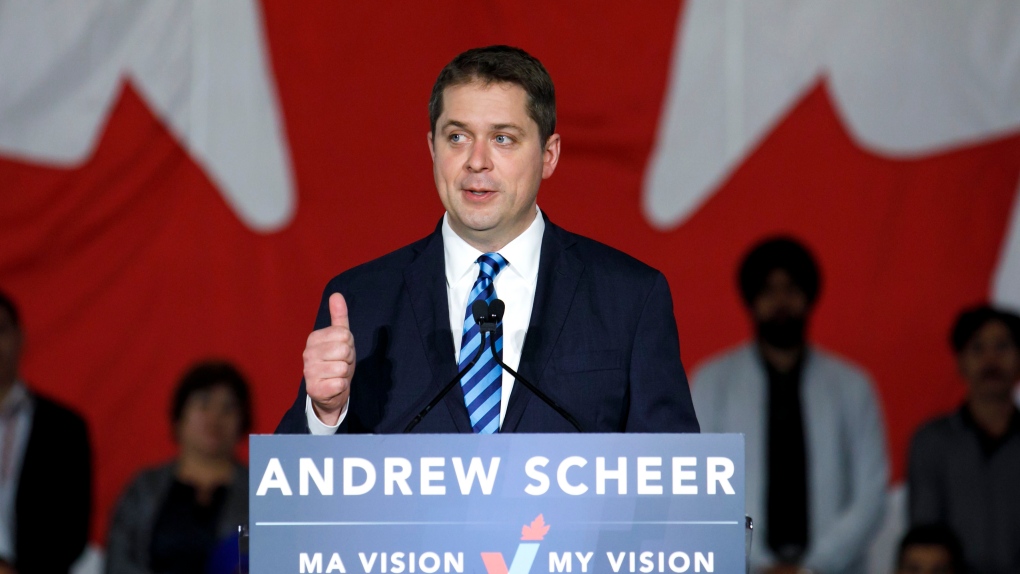 Federal Conservative leader Andrew Scheer says that he is his ‘own’ man.

Scheer’s statement follows attack ads against him that aired during the NBA Finals game on June 10.

The leader of the opposition insists that he has different policies than Ontario premier Doug Ford and that the upcoming federal election is between himself and Prime Minister Justin Trudeau.

Meanwhile the latest poll does not look good for any of the party leaders, except Elizabeth May of the Green Party.

The leaders of the three major political parties have a net disapproval rating, Justin Trudeau’s performance.

A total of 56 per cent of respondents say they disapprove of the prime minister’s job performance.

They discuss the Scheer attack ads and the new research poll.