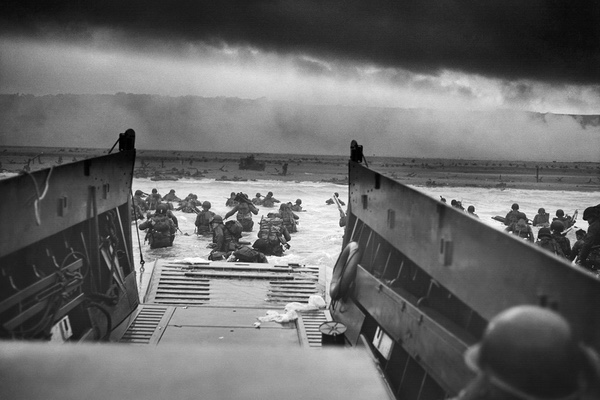 Today marks the 75th Anniversary of the allied invasion of D-Day on the beaches of Normandy France during World War Two.

Upwards of 14,000 Canadians began their assault against German forces on Juno Beach on June 6, 1944 in “Operation Overload”.

After a day of fighting on the beach, 349 Canadian soldiers would lose their lives. More than 90,000 Canadians would take part in the Normandy Campaign, which lasted 11 weeks.

That campaign would ultimately lead to the deaths of over 5,000 Canadians and 30,000 more of them would be wounded.

Fighting eventually came to an end after the liberation of Paris on August 25, 1944. Captain Martin Maxwell is one of those soldiers that partook in the D-Day campaign. Born in Vienna, Maxwell would later move to Great Britain and volunteer in the army.

He eventually joined the Glider Pilot Regiment under the Royal Air Force.

On the night before the D-Day campaign, he piloted a glider, and together with fellow soldiers in his unit, went to capture the bridges behind enemy lines to prevent the Germans from sending reinforcements to the front. Captain Maxwell now lives in Toronto. He joins Libby to talk about his role in D-Day and to send a message to younger generations of Canadians.