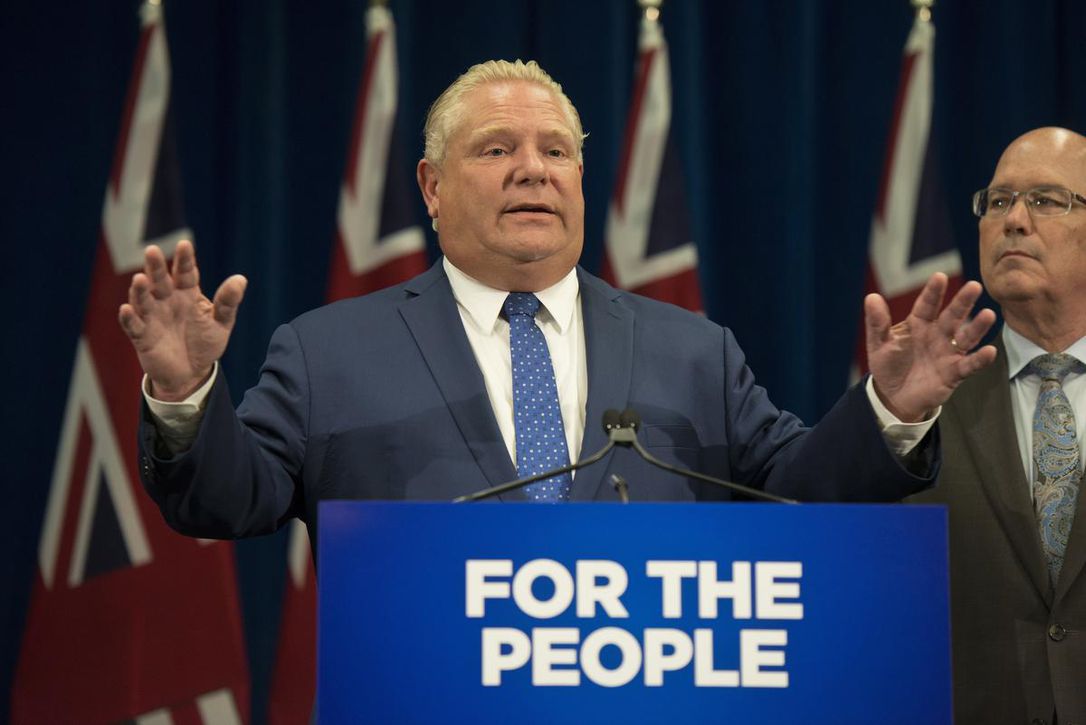 Public sector unions in Ontario are concerned that the Ford Government is planning to legislate limits on wage deals. Teachers and education works would be among those affected when their contracts expire at the end of August.
The government maintains it’s holding “consultation sessions” with labour on reigning in public sector pay, but OPSUE President Smokey Thomas calls that smoke and mirrors.
The cap, if the Ford government proceeds with it, could be imposed on hundreds of thousands of Ontario workers including those employed by school boards, colleges, universities, government agencies and the province itself.
Treasury Board President Peter Bethlenfalvy (Beth-len-FALL-vee) said no decisions have been made and they are open to all good ideas coming their way. But, the Ford Government’s budget projections are largely predicated largely on health and education workers getting little to nothing in the way of pay increases over the next few year after receiving cost of living increases over the past five years.
Labour leaders say they think the Ford government will table legislation to cap public sector pay hikes as early as later this month, as bargaining is poised to begin for the teachers and other education workers. We speak with MPP Peter Bethlenfalvy, President of the Treasury Board of Ontario and President Harvey Bischof, President of (OSSTF) Ontario Secondary School Teachers Federation and Peter Bethlenfalvy, MPP for Pickering-Uxbridge, President of the Treasury Board of Ontario.