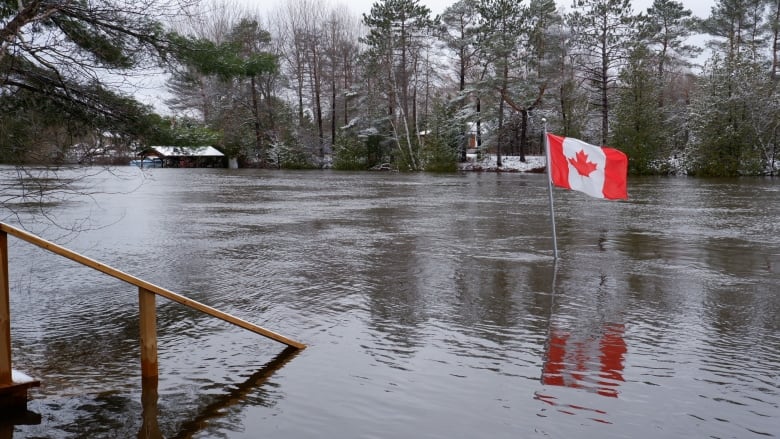 As floodwater continues to rise in several communities across Eastern Canada, authorities have been left struggling with how to best deal with the ongoing situation. Now, several days since the flooding initially began, thousands of residents across Ontario, Quebec and New Brunswick have been forced to evacuate their homes, and more have had their homes damaged. Closer to home the latest community in Ontario’s cottage country to declare a state of emergency due to flooding is Muskoka Lakes. Muskoka Lakes joins Huntsville, Minden Hills and Bracebridge in being under a state of emergency. The mayor of Bracebridge called the Canadian Armed Forces for more help in battling the flood as the forecast signals there is more rain on the way mid-week. Soldiers have also been in the Ottawa area to help out with sandbagging and other emergency functions. Close to Ottawa, Renfrew County is also under a state of emergency. Prime Minister Justin Trudeau says it’s possible federal money could be used to help relocate communities facing the recurring threat of severe flooding. Libby speaks with Blair Feltmate, Head of the Intact Centre on Climate Adaptation Faculty of Environment University of Waterloo and Darryl Culley, President at Emergency Management and Training.