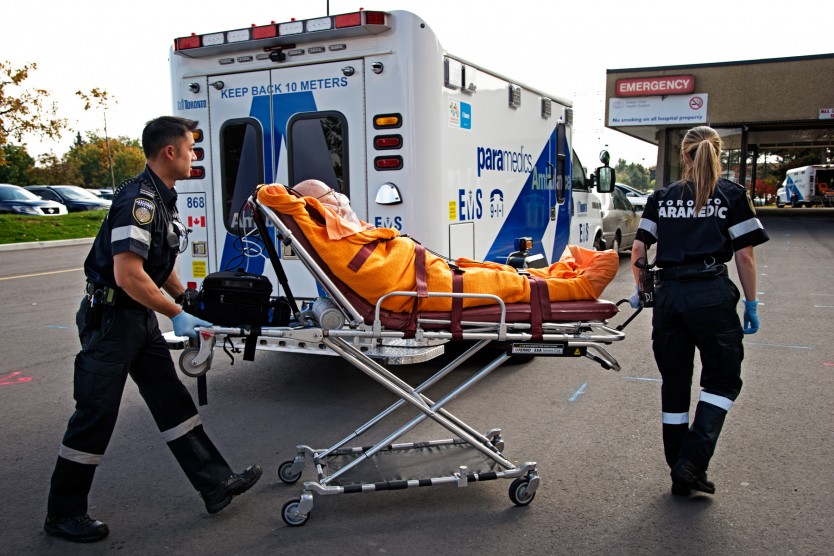 Ontario’s Health Minister says the province might consider hiring more paramedics even as the Ford PCs look at merging ambulance services. Christine Elliott says the government wants to ensure there are as many front-line workers on the job as possible. Last week’s budget indicated the government are looking to integrate 59 emergency health services operators and 22 dispatch centres into an unknown number of ambulance services. But, Premier Ford says whatever happens, he guarantees there won’t be any paramedics who will be out of work. In response to Ford, union representatives for paramedics say the government needs to consult with them on how these mergers will take place.

Meanwhile, Doug Ford is telling teachers not to strike saying they have a good deal with three months of holidays and the best benefits and pensions in the country. Ontario could start bargaining at the end of this month with teachers and education workers, whose contracts expire at the end of August. When asked if he was preparing for the possibility of a strike, the Premier said teachers have it good, and pointed out they have waged job action against Ontario governments of every stripe, but now they’ve got to get with the times.
The Premier’s plea comes as the Peel District School Board declares nearly 300 teachers surplus. While this does not necessarily mean all notified will be laid off, it could indicate higher than usual job losses later this year. Peel school board says it has not declared any teacher surplus the last five years.

Libby speaks to Steven Tufts, a Labour Geographer and Associate Prof in Department of Geography, York University and Dave Wakely, President of Local 277 of the Ontario Public Service Employees Union (OPSEU), representing more than 500 paramedics in the Peel region, which consists of three municipalities to the west and northwest of Toronto: Brampton, Mississauga, and the town of Caledon and Chris Buckely, President of The Ontario Federation of Labour, and Diane Dewing, President of the Ontario Teacher’s Federation.