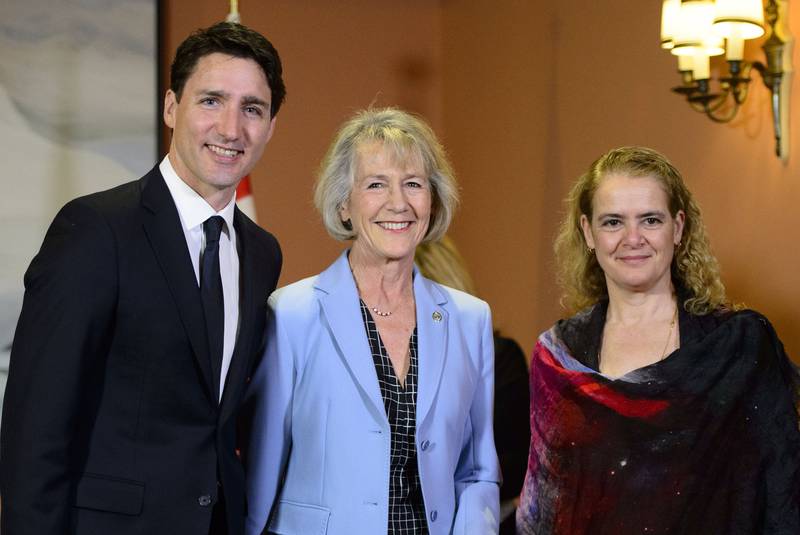 Earlier today long-time Liberal MP Joyce Murray was named by Prime Minister Justin Trudeau as the new Treasury Board President. The single person shuffle took place this morning in a ceremony at Rideau Hall. Adding a woman allows Trudeau to maintain gender balance while filling the vacancy left by Jane Philpott’s resignation from cabinet. Philpott resigned earlier this month saying she had lost confidence in the way the government was handling the SNC-Lavalin affair. Murray spoke with the media following being sworn in and acknowledged that errors had been made.

Also happening today, Federal NDP Leader Jagmeet Singh has been sworn in as a member of Parliament, becoming what the New Democrats say is the first racialized party leader to sit in the House of Commons. He says he’ll use his new position to pressure the Liberal government to take action on affordable housing and lowering prescription drug costs. Singh tweeted yesterday “Excited & ready to be officially sworn in as an MP today and have my first day in the House on Monday! Libby speaks with Michael Diamond, Conservative Strategist & political commentator Upstream Strategy and Bob Richardson, Liberal Strategist and Senior Council to National Public Relations