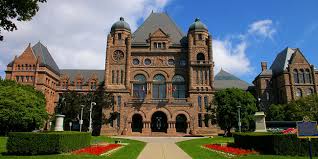 About 6,000 unionized workers at Ontario Power Generation served notice of job action on Friday, and can legally strike beginning the day after Christmas. The Doug Ford PC’s say they’ll intervene by introducing back to work legislation that could pass by Thursday or later if the NDP decide to delay its passage, and there will no doubt be more opposition questions about the recent developments in the hiring of the new OPP commissioner. Ron Taverner, a Toronto Police Superintendent and friend of Premier Doug Ford, who has asked his appointment be delayed, not to mention the Ford’s cuts to education. Libby does a wrap up about all of the goings on at Queen’s Park with Aleem Kaanji Vice-President of Government Relations, Sutherland Corp and MPP Sarah Singh, who is the Deputy Leader of the NDP.