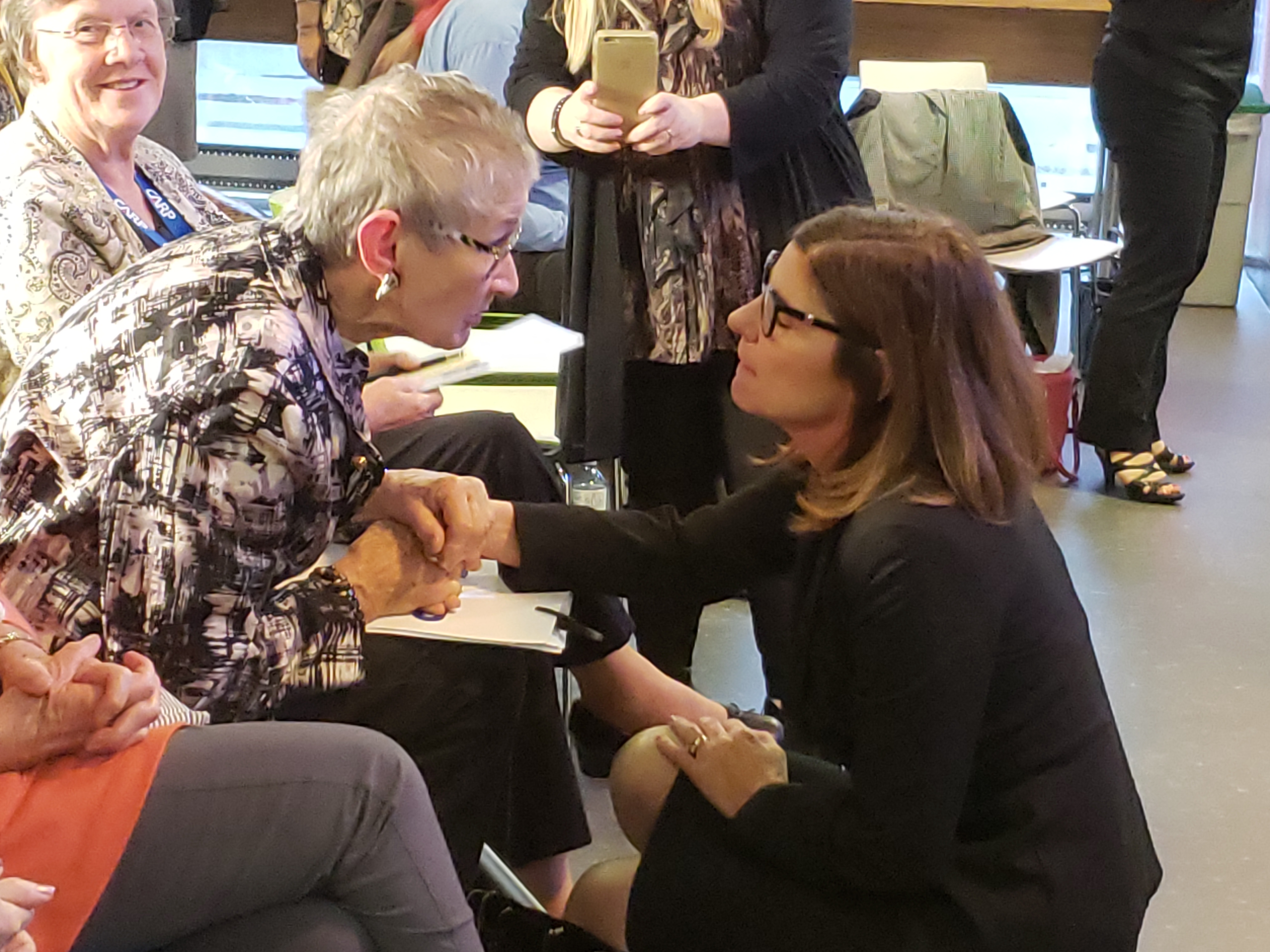 On this international seniors day – the Zoomers group CARP – a new vision of aging – received attention of all three levels of government. The annual day of recognition for the contributions of older people began in 1990, as named by the U.N. General Assembly. Here at the ZoomerPlex this morning Federal Seniors Minister Filomena Tassi attends a panel event which will be live streamed. Ontario Health Minister Christine Elliot and Toronto Mayor John Tory will take part in a CARP sponsored event downtown at the Richmond Adelaide centre highlighting the importance of the flu shot in reducing the spread of influenza. Libby speaks with CARP’s National Director of Law, Policy and Research Laura Tamblyn Watts to learn more.