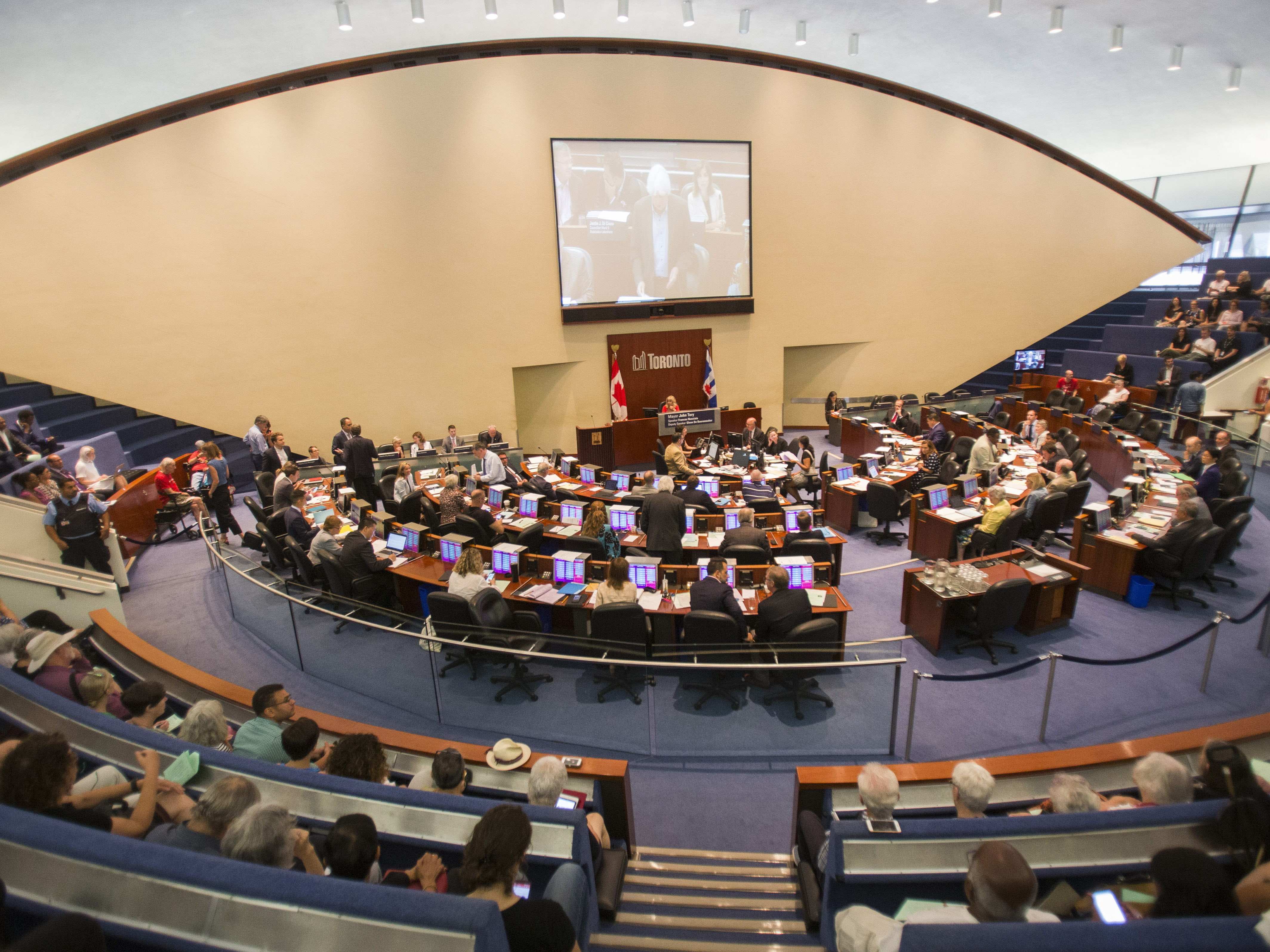 On Monday morning there appeared to be yet another legal blow for Premier Doug Ford, because an Ontario judge struck down legislation that would cut the size of Toronto City Council from 47 to 25 wards. Superior Court Justice Edward Belobaba began his written 21 page ruling by saying the matter before him was unprecedented adding that the province had clearly crossed the line. Belobaba found the legislation’s cut to council substantially interfered with both the candidate’s and the voter’s right to freedom of expression guaranteed by the Charter. He also called the legislation “unconstitutional”, going on to say as things stand, and until a constitutionally valid provincial law says otherwise, the city has 47 wards. Lawyers involved in the case and the judge himself have noted that an appeal is likely ..leaving the upcoming election October 22nd in a state of uncertainty. Premier Doug Ford reacted to the ruling on Monday afternoon saying subsection 8 makes it clear the province has the exclusive responsibility over municipalities, saying he would indeed invoke the notwithstanding clause for first time in Ontario history. Prior to that Jane Brown spoke with Rocco Achompong, the lawyer who brought forward the initial court application, who’s also a candidate running for Councillor in Ward 13, and to Councillors Jim Karygiannis, Jon Burnside and Stephen Holyday – as well as and the Vice-President of Government Relations, Sutherland Corp., Aleem Kanji and conservative, political strategist Kevin Gaudet.