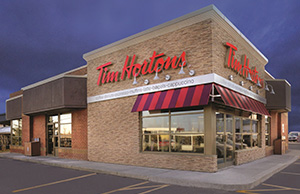 When Ontario’s minimum wage increased to 14 dollars an hour on January 1st, a number of Tim Hortons stores eliminated pay for worker’s breaks and reduced access to basic drug and dental benefits, they also eliminated uniform and drink allowances and even cut employees hours of work. That’s why today is being described as a day of action in more than 15 Ontario communities in support of workers at Tim Hortons. Protests were scheduled outside various Tim Hortons restaurants to demand the corporation not roll back workers’ wages and benefits John Cartwright, the President of the Toronto and York Region Labour Council says this is about fairness from a company that can afford it. He spoke with us about the issue.