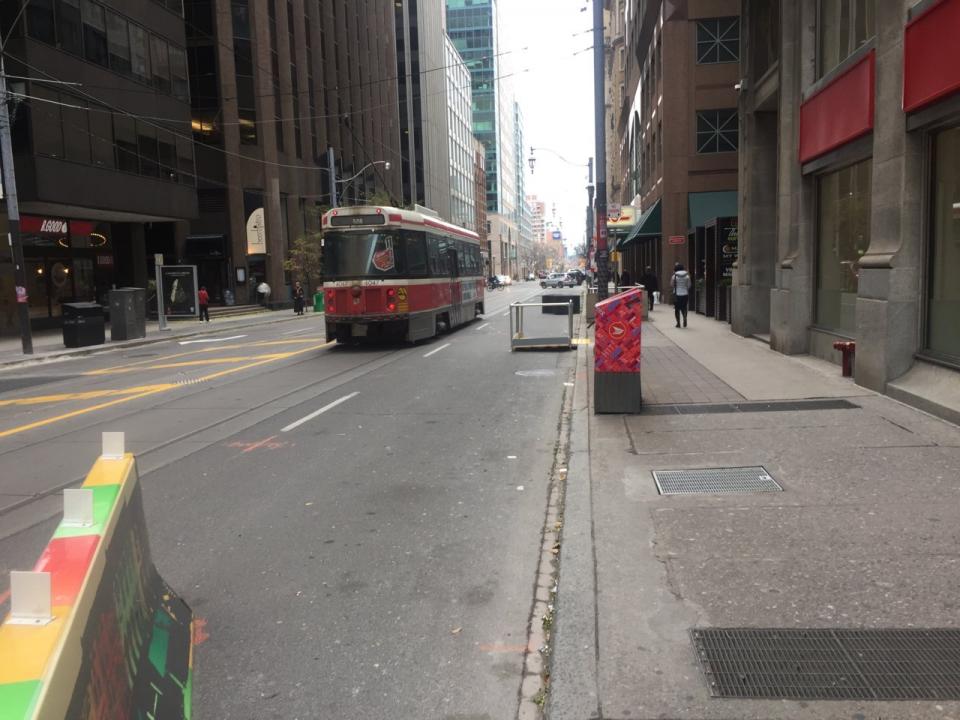 Toronto Mayor John Tory is busy meeting with King Street restaurant owners as complaints mount over a drop in business since the start of the King Street Pilot Project. The project which prioritizes streetcar service along King Street between Bathurst and Jarvis, has reduced average travel times for streetcars by as much as 14 percent – but data from the Ontario Restaurant Hotel and Motel Association shows revenues for 26 restaurants in the entertainment district were down more than 40 percent in December compared with December of 2016. The Mayor has announced a series of initiatives aimed at improving business for restaurants. We spoke with Mayor Tory, the President & CEO of the Ontario Restaurant Hotel and Motel Association,Tony Elenis and King Street landmark restaurant owner Fred Luk, of Fred’s Not Here to talk about how to make King Street work better.