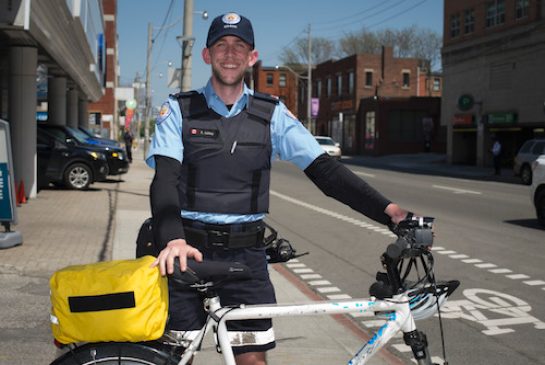 Toronto’s famous bike lane guardian says Canada Post vehicles are the worst offenders when it comes to blocking bike lanes in the city. Parking Enforcement Officer Kyle Ashley patrols Toronto’s downtown on his bike every day on a mission to keep the city’s bike lanes clear of parked cars. Officer Ashley estimates up to 90 percent of his tickets are placed on the windshields of delivery vehicles. The officer uses Twitter to warn of the physical dangers and financial penalties of cars parked illegally. An avid cyclist himself, Ashley hopes to raise the profile of cyclists by advocating for better infrastructure. “Cars have airbags, cyclist don’t,” says Ashley.