Canada’s Foreign Affairs Minister is downplaying suggestions a COVID-19 vaccine partnership between Canada and a Chinese firm was scrapped because of ongoing political tensions between the two countries.

Francois-Philippe Champagne says he believes Canada and China can work together on issues related to global health, despite their sour relations over the detention of two Canadians on espionage charges in Beijing and Canada’s arrest of Huawei executive Meng Wanzhou in Vancouver.

Clinical trials were to be conducted in this country at a Dalhousie University research lab.

But word from the National Research Council of Canada is that the CanSino Biologics vaccine, intended for phase one trials, has not been approved by Chinese customs for shipment to Canada. 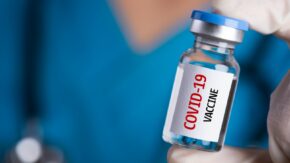 One Canadian health expert is making the case the Trudeau Liberals have failed to lock down orders for a vaccine.

University of Ottawa’s Dr. Amir Attaran told Zoomer Radio’s Fight Back with Libby Znaimer, many countries have done an exceptional job of procuring vaccines for their people.

“Our closest allies have purchased vaccines already. They’ve placed orders for what is coming in the expectation that it will pass clinical trials in the last stage,” Attaran explained, “They’re getting in line, they’re paying up now so they get the first deliveries. There’s only one country in North America and western Europe that has not done that, and that’s ours.”

The epidemiology professor feels the only way out is for Canada to approach vaccine manufacturers and seek a license to make their products here.