AS A SOCIETY WE NEED TO MAKE SOME DECISIONS ABOUT HOW TO TREAT OUR ELDERLY: MAYOR JOHN TORY

Toronto’s mayor says as a society, we have some important questions to answer.

John Tory is among those reacting to a damning Canadian Armed Forces report of abuse of residents in five long term care homes in Ontario during the COVID-19 crisis.

He asks, “Are we prepared to put forward the resources as people, as governments, as individual families, to make sure what you read about in the report is no longer present?”

“These are our grandmothers, and our mothers and our fathers-in-law,” Tory explained to CP24, “and so we just have to decide, in your later years when you’re frail and fragile, how are we going to care for you? And so, it’s horrifying but at least this has revealed it in a way that it’s never been revealed before, and I think there will be more to come when you look into how it also created conditions in which people lost their lives because of the virus.” 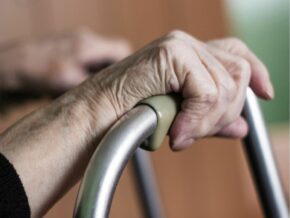 Canadian Armed Forces members who’ve been helping out at the homes during the pandemic detail allegations including failure to isolate COVID-19-positive patients, allowing them to wander outside of their rooms, leaving them in beds in soiled diapers while some residents were observed crying for help with staff not responding for between 30 minutes and more than 2-hours.

There are also allegations of aggressive feeding of residents by workers leading to choking, failing to feed residents at all, leaving them unbathed for weeks, along with insect infestations.

Listen for further reaction to the military report from Marissa Lennox of CARP  and Lisa Levin of AdvantAge Ontario, among others  on Zoomer Radio’s Fight Back with Libby Znaimer after Wednesday’s noon news.