U.K. LEADER'S BABY HAS A NAME

Prime Minister Boris Johnson and fiancee Carrie Symonds have named their baby boy Wilfred Lawrie Nicholas Johnson in honour of their grandfathers and two doctors who helped saved the U.K. leader’s life after he became ill with COVID-19. 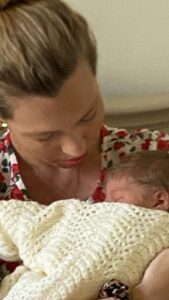 Symonds made the announcement on her Instagram page Saturday, posting a picture of her cradling her 3-day-old son.

She said she and Johnson chose Nicholas to honour “the two doctors that saved Boris’ life last month.”

Wilfred is the third baby born to a sitting British prime minister this century.