CANADIAN OJIBWA ACTRESS IN "CALL OF THE WILD"

The latest remake of Jack London’s classic tale of the Yukon gold rush, “Call of the Wild,” opens in theatres today with screen legend Harrison Ford in the lead role. 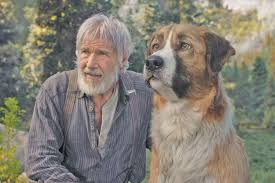 Ford plays along side “Buck,” the burly dog at the centre of the tale.

Gee is an Ojibwa who was born in Calgary and grew up in Bobcaygeon, Ont.

She plays a powerful Indigenous character who leads a Canadian mail-delivery dog-sled team.

Her previous roles include the role of a single First Nations mother in the 2013 drama “Empire of Dirt,” which earned her a Canadian Screen Award nomination.

“Call of the Wild” is in theatres today.