The alert about the Pickering Nuclear Plant which was sent out in error Sunday morning, and awakened many across the province, was apparently sent out by human error during a training exercise. 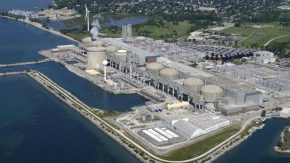 “An individual did a test of the system and put it on the live path instead of the test path,” said Solicitor General Sylvia Jones, who’s called for Douglas Brown, Chief of Emergency Management, to do a full investigation to find out exactly what did occur.

“How are they going to restore confidence in the emergency notification system,” Tabuns questioned, “We depend on that. We don’t want people saying it looks like there’s a big problem at the Pickering nuclear plant, but it was a false alarm last time, and it will be this time.”

Tabuns wants the investigation to be independent of the government.

The alert that was sent out accidentally said there was no abnormal release of radioactivity from the Pickering Nuclear Station and people living within 10 kilometres of the plant did not need to take protective actions.