He was to Britain what David Suzuki is to Canada. Botanist and broadcaster David Bellamy has died. 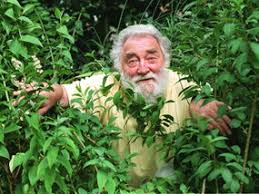 He became a household name as a a TV personality, scientist and conservationist and is being remembered as a larger-than-life character who inspired a whole generation…

Fifteen years ago Bellamy dismissed global warming, calling it “poppycock.”  He told the the BBC it could be part of the Earth’s natural cycles, a stance that, he said, cost him his TV career.

David Bellamy died yesterday at his home in County Durham.