Canada’s Denis Shapovalov advanced to the finals of the Paris Masters on Saturday when opponent Rafael Nadal withdrew with an injury before the match. 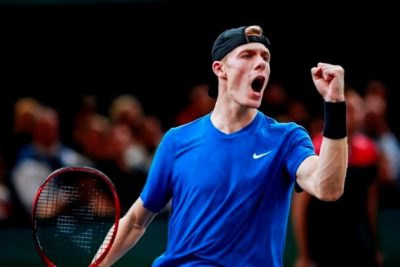 The 20-year-old from Richmond Hill, Ontario will face top-seeded Novak Djokovic for the title on Sunday.

Djokovic reached his sixth Paris Masters final with a 7-6 (5), 6-4 win Saturday against Grigor Dimitrov, beating him for the ninth time in their 10 career matches.

The top-ranked Serb remains on course for a fifth title at Bercy Arena.

Shapovalov, who won his first ATP title at the 250-level Stockholm Open last month, will compete in his first Masters 1000 final.