Calling it “inconsiderate and something that has no place in the city”, Mayor John Tory is cracking down on drivers who operate vehicles without mufflers or have altered their vehicles to be extra loud.

“With the cooperation of the police service in particular, who have many things to do in our city, but also with the cooperation of the licensing officials, who are many in number and do a lot of things that have to do with the some 11,000 noise complaints we receive across the city each year of all different kinds, that we are going to be taking action together and working together to try and reduce substantially this kind of vehicle noise,” Tory said as he made the announcement Monday night downtown. 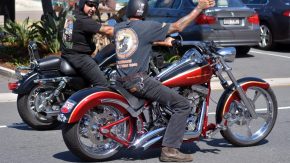 He says he’s received complaints from residents in Yorkville and other parts of Toronto about excessively noisy motorcycles and vehicles.

Toronto Police say the blitzes will be spread out across the city over the next week and spot checks will be held for the rest of the summer. Drivers could be charged with having an improper muffler and for making unnecessary noise, and given a $110 fine.

The mayor announced on Zoomer Radio’s Fight Back with Libby Znaimer last week, a new noise bylaw will be coming into effect October 1st across Toronto.

Doctor Arline Bronzaft provided research into a similar bylaw in effect in New York, and told Fight Back, listening to excessive noise can be bad for your health.

“People who are complaining about noise are being stressed by it, and if the stress doesn’t create some physiological disorder, it has at least diminished their quality of life. And you’re not living a healthy lifestyle if you have to cope with noise,” Bronzaft explained.

There will be new decible level standards in Toronto, eventually allowing bylaw officers to issue tickets for noise coming from stationary vehicles.

ZoomerMedia Founder Moses Znaimer introduced the Anti-Noise Pollution League a decade ago, promoting restaurants that allow for comfortable conversation rather than loud music.