The Cannes Film Festival is well under way and it was rocked last night by the new biopic on Elton John. 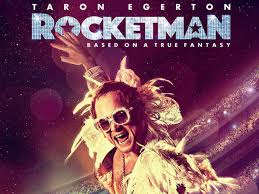 “Rocketman” took the festival by storm with the warts-and-all movie about Elton’s wild rock ‘n’ roll years wowing critics and winning an extended standing ovation that brought the film’s director and its star Taron Egerton to tears. After the show, several critics called the movie one of the most searingly honest biopics in years.

Sir Elton, who is 72, wore a dark suit with “Rocket Man” written in silver sequins on the back. He attended with his Scarborough-born husband David Furnish, who is also the film’s producer.