ARETHA FRANKLIN'S BODY OF WORK HONOURED BY PULITZER PRIZE BOARD

Aretha Franklin’s family says she would be so happy to learn that her body of work has been honoured by the Pulitzer Prize board. 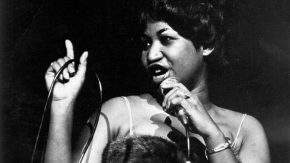 Pulitzer Prize board members have given a special citation to Franklin for her contribution to American music and culture for more than five decades.

Franklin is the first woman to receive the citation since 1930, the year it was first given.

Franklin’s niece says Aretha has received almost every award imaginable, and to get recognition from the Pulitzer Prize board is amazing.

Aretha Franklin died of advanced pancreatic cancer last August at the age of 76.