HIGHER LEVELS OF EDUCATION MIGHT WARD OF ALZHEIMER'S: RESEARCH

It appears education is a factor in the development of Alzheimer’s Disease. 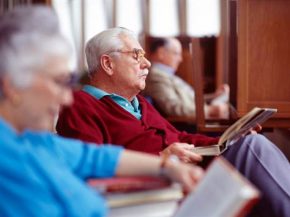 New research suggests those people with more years of education were found to have better performance on memory and brain function tests compared with similar individuals of the same age with lower levels of education.

Areas of the brain that maintain memory and protect against abnormal brain changes such as Alzheimer’s are also more developed in those with higher education.

Scientists at the University of Barcelona conclude that higher levels of education are linked to changes in the brain that protect against negative brain changes later on in life.

The study looked at a group of older men and women, with an average age of just over 68, with different levels of education and examined each person’s memory, brain function and brain structure.

You can read about the research in the Journal of Neuroscience.