The SNC Lavalin affair has attracted the attention of an international organization, who’s members advise they are watching the situation.

The Organization for Economic Co-Operation and Development has heard the allegations the Liberal government tried to influence a criminal prosecution against the Quebec engineering firm to determine whether Canada is violating its commitment to an international anti-bribery convention.

Members of the OECD’s working group on bribery say in a statement they are “concerned” by the accusations.

They also say they are watching federal investigations of the allegations, including one by the House of Commons justice committee that is to continue this week. 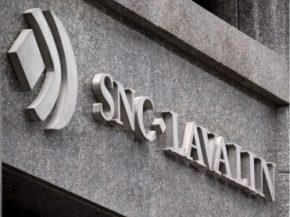 SNC Lavalin is accused of bribing Libyan officials between 2001 and 2011 to win business there.

A spokesperson for Foreign Affairs Minister Chrystia Freeland, says Canada “firmly supports” the OECD and notes Canada was a founding country in the Anti-Bribery Convention.

Have your say on this latest development on Zoomer Radio’s Fight Back with Libby Znaimer Tuesday after the noon news.