1 IN 4 CANADIANS REGRET RETIRING AND WANT TO GO BACK TO WORK: CIBC SURVEY

A new CIBC poll finds more than a quarter of retired Canadians regret retiring, and an almost equal number, have tried re-entering the labour market. 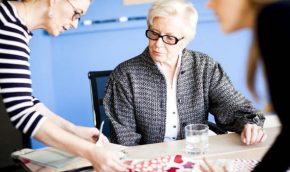 The survey also reveals that half of all Canadians would rather keep working past the age of 65 then retire and endure a lower standard of living. Close to 80 percent of those polled believe that reducing their work hours or semi-retirement gives them the best of both worlds.

Join Zoomer Radio’s Fight Back with Libby Znaimer for more on this topic Wednesday after the noon news.