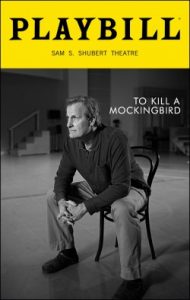 Broadway’s pipeline of new musicals and plays in development is under threat – because the Actors’ Equity union in the U.S. is demanding that its members no longer participate in any “developmental” stage work – with commercial producers.

Equity represents more than 51,000 actors and stage managers across America.

The union declared the strike today after two years of negotiations with the producer-led Broadway League – in an effort to increase minimum salaries for developmental labs – and eventually share any profits with workshop participants – where actors and writers test out material for shows in progress.

The labs have recently been used to create productions which include ”To Kill a Mockingbird,” ”Hello, Dolly!” and “The Cher Show.”

The strike comes as Broadway finished 2018 with record breaking high  grosses at the box office.