The killings of 11 worshippers at a Pittsburgh synagogue on Saturday has reframed Prime Minister Justin Trudeau’s plan for an apology on Canada’s decision to turn away Jewish refugees during the Holocaust. 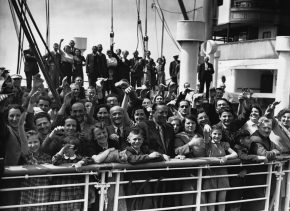 Prime Minister Justin Trudeau is to deliver the apology on November 7th for a federal decision in 1939 to reject an asylum request from more than 900 German Jews aboard an ocean liner that was nearing Halifax.

But the deaths of the 11 Jews at the Tree of Life synagogue in Pittsburgh on has affected the text of the apology.

Word from the Prime Minister’s Office is the apology will reflect what happened on the weekend as part of what is expected to be a wider message about anti-semitism and racism.

Avi Benlolo at the Simon Wiesenthal Centre for Holocaust Studies told Zoomer Radio’s Fight Back with Libby Znaimer, we should be directing our focus on the root causes.

Five survivors from the M.S. St. Louis are scheduled to be in the House of Commons to hear the apology, 79 years in the making.