It’s Day One of legalized cannabis in Canada.

In Ontario, the Doug Ford Progressive Conservatives have sanctioned sales of pot online to start at the Ontario Cannabis Store with plans to have brick and mortar stores beginning April 1st, 2019. 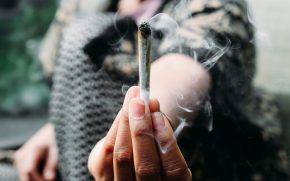 The proposed legislation in this province allows people to smoke marijuana anywhere they can smoke cigarettes with the exception of cars and boats. It’s important to note that until the legislation is passed later today, people in Ontario can only legally smoke marijuana in their own homes.

But city councillors in Markham are restricting use of legal weed in their community. They’ve already opted out of hosting pot shops, but on Tuesday, at a special city council meeting, a bylaw was adopted to restrict where marijuana can be consumed to private residences. Markham Mayor Frank Scarpitti says his council has received a lot of feedback in recent weeks from residents who are not happy with the new rules proposed by the government at Queen’s Park.

The proposed legislation at Queen’s Park mirrors the Smoke Free Ontario act for cigarettes. Once it passes, marijuana can be consumed or smoked anywhere cigarettes are allowed with the exception of cars and boats.

Owners of illegal pot dispensaries have been told if they don’t shut down they risk being left out of the legal market. But Toronto Police Chief Mark Saunders says shutting down these illegal dispensaries is not going to happen all on one day.

And in Ottawa, several Trudeau cabinet ministers are set to announce plans at 9:15 am Wednesday to go ahead with a plan to grant pardons to Canadians who’be been implicated in cases of possession of 30 grams of marijuana or less.

Join Zoomer Radio’s Fight Back with Libby Znaimer after Wednesday’s noon news for a comprehensive wrap up of legalized cannabis in Canada and here in Ontario. Among the guests joining Libby, Ontario Finance Minister Vic Fedeli.