CAMERON BEHIND CAMPAIGN TO SAVE TITANIC ARTIFACTS

Canadian-born filmmaker James Cameron and the discoverer of the wreck of the Titanic are backing a bid by a group of British museums to acquire some 5,500 artifacts from the doomed ship. 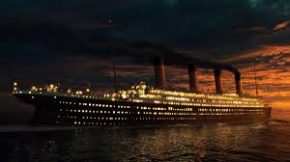 Cameron and Robert Ballard hope to raise $20 million to buy the items from the private American company that salvaged the wreck and has now filed for bankruptcy.

The Titanic hit an iceberg off the coast of Newfoundland on its maiden voyage in 1912 taking the lives of more than 1,500 people.