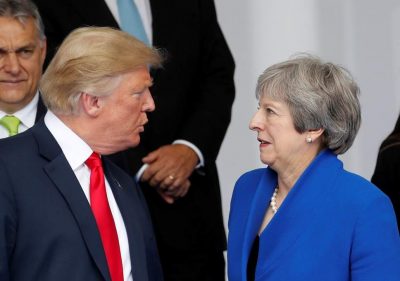 U.S. President Donald Trump has accused British Prime Minister Theresa May of ruining what her country stands to gain from Brexit – and says her “soft” blueprint for the U.K.’s future dealings with the European Union – would probably “kill” any future trade deals with the United States.

Trump told The Sun newspaper during his first visit to the U.K. as president on Thursday that, “If they do a deal like that, we would be dealing with the European Union instead of dealing with the U.K., so it will probably kill the deal”.