CHINA FIRES BACK IN TRADE WAR WITH U.S. 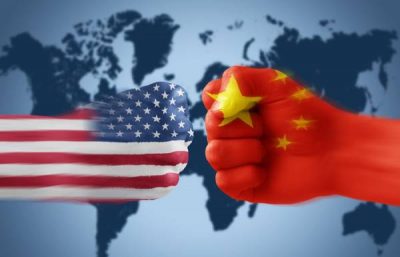 China has filed a second complaint to the World Trade Organization – over America’s move to impose tariffs on Chinese goods.

Washington today imposed 25 per cent duties on $34 billion dollars worth of imports from China.

It’s the first in a series of possible increases – that U.S. President Donald Trump says could affect up to $550 billion of Chinese goods.

China immediately retaliated with tariffs on a similar amount of goods – and the country’s commerce ministry says Washington has ignited what it describes as “the biggest trade war in economic history.”