Toronto’s mayor is calling for a spirit of unity in the city, after Monday’s horrific van attack on Yonge Street in North York.

John Tory says the city is setting up a hotline to offer support to those affected in the tragedy which has left 10 people dead and 15 injured after a van mounted the sidewalk at a high rate of speed mowing down pedestrians. Another hotline is in place for witnesses who may be able to help with the police investigation.

Mayor Tory was joined on Monday evening by Police Chief Mark Saunders, Premier Kathleen Wynne and Federal Public Safety Minister Ralph Goodale to give an update and answer questions. Goodale explained that the incident does not appear to be connected in any way to national security.

At least 25 people were struck before the driver fled the van and was captured in a tense but brief confrontation with police. That confrontation has gone viral on social media, after it was captured on various smartphone videos by bystanders.

One of the people killed in the attack has been identified by a number of media outlets as Anne Marie D’Amico, an employee at Invesco. 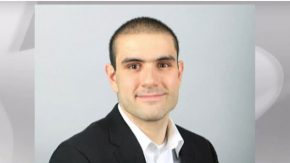 The suspect has been identified as 25 year old Alek Minassian of Richmond Hill and was not known to police. He is expected to make a first court appearance later this morning.

Two York Regional Police vehicles have sealed off access to a brick home on Elmsley Drive in Richmond Hill thought to be connected to Minassian. Neighbours congregated outside, expressing shock at what happened.

Canada’s experts on international terrorism spent much of the day on standby, awaiting confirmation on the nature of an attack that is brutally similar to other van attacks in other major cities.

Prime Minister Justin Trudeau tweeted last night, “the hearts and thoughts of an entire country are with the families and friends of those killed in Toronto,” and he wishes all of the injured “a fast and full recovery.” He also thanked Toronto police and first responders, whom he said faced danger without hesitation.

The White House also issued a statement late Monday, expressing sympathies and prayers to all affected, saying the U.S. stands with Canadians in the aftermath of the tragedy and pledges to provide “any support Canada may need.”

Listen for special coverage of Toronto’s tragedy on Zoomer Radio’s Fight Back with Libby Znaimer after Tuesday’s noon news.