Former premier Dalton McGuinty’s former chief of staff will be sentenced April 11, after being convicted of illegal use of a computer in connection with the province’s gas plants scandal. 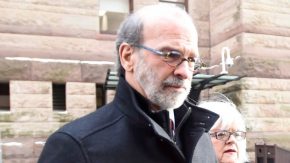 (Nathan Denette/Canadian Press)
The date was set during a court appearance by David Livingston, who apologized to his family and colleagues for what he’s put them through.

During the sentencing hearing, the Crown said he tried to save the Liberal government embarrassment over its decision to cancel gas plants in Oakville and Mississauga ahead of the 2011 election by illegally deleting records from computers in the premier’s office.

The prosecution has called for a six-month jail term, while Livingston’s lawyers feel a conditional discharge is more appropriate.