A new study has found an increased use of medical marijuana among cancer patients in Washington state, a year after it was legalized. 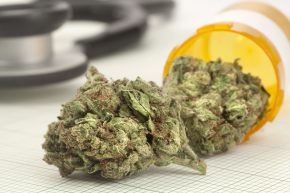 The results show nearly a quarter of people living with cancer admit to marijuana use in the past year, mostly for physical symptoms such as pain and nausea and mental symptoms such as coping with stress, depression and lack of sleep.

The research published in the journal Cancer also shows that legalization of marijuana led to an increased likelihood of use among patients, with most showing a strong interest in learning about marijuana during treatment.

Marijuana has been proven to have benefits for cancer patients by increasing appetite, reducing nausea and easing pain.

Medical marijuana has been legal in Canada since 2001. It becomes legal for recreational use next July 1st.