James Acker’s story has made an impact at Queen’s Park. 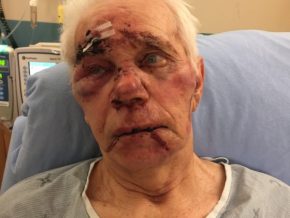 As we first told you early last month, the 86 year old dementia patient was beaten in his room by a fellow resident at St. Joseph’s Villa Long Term Care home in Dundas, Ontario.

His daughter Tammy Carbino, along with representatives of CARP, joined the NDP Senior’s and Long Term Care Critic Teresa Armstrong yesterday at Queen’s Park to try and convince the governing Liberals to make long term care homes safer for all residents.

Carbino emailed Zoomer Radio News last night to say she received a private meeting with Health Minister Doctor Eric Hoskins who told her he will make her father his top priority. She’s also requested to sit on the health minister’s patient and family advisory council.

Ahead of the meeting, Carbino told Jane Brown on Zoomer Radio’s Fight Back with Libby Znaimer, that what happened to her father may not be all that uncommon. Listen to the entire interview by clicking here.

Carbino also says she’s been told that her father’s beating is still being investigated by the Ministry of Long Term Care.