The University of Quebec has awarded an honourary doctorate to filmmaker Isabella Rossellini. 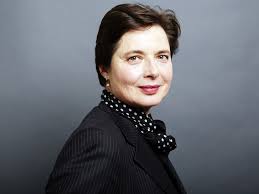 The 63-year old was cited in Montreal last night for her outstanding contributions to the field of cinema and her commitment to the preservation of biodiversity.

Rossellini has appeared in more than 70 films, including  “Blue Velvet” and “Death Becomes Her.”   She is also a screenwriter, producer, former model and currently an ambassador for UNICEF.