The heat may be turning up on Toronto and a possible bid to host the 2024 Summer Olympics. 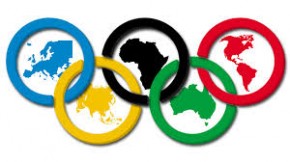 A new forum research poll shows more than 6 in 10 of us want the city of make the bid.  Forum interviewed more than 750 people as the Pan Am Games wrapped up and 61% said they’re in favour of a bid. Toronto’s Mayor continues to be cautious.  John Tory says no decision will be made until there has been a through and unemotional examination of the bid and its costs.  Toronto’s potential bid received a boost yesterday when Boston announced it was abandoning it’s 2024 Olympic bid.  Boston’s mayor severed ties with the U-S Olympic Committee when he could not receive assurances that tax payers would not have to fund the cost of the games.