A milestone in aviation history.

A plane powered only by the rays of the sun has landed in Hawaii – after a five-day flight  across the Pacific Ocean from Japan. 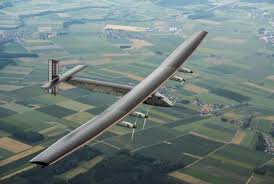 Pilot Andre Borschberg and his single-seat solar aircraft landed today at Kalaeloa, a small airport outside Honolulu – after taking off from Nagoya about 120 hours ago.

The Solar Impulse 2 flies without fuel. Instead, it’s 17,000 solar cells charge batteries and the plane runs on stored energy at night.

Borschberg and co-pilot Bertrand Piccard have been taking turns flying the plane on an around-the-world voyage since taking off from Abu Dhabi in March.