The origin of a replica painting hung at Britain’s Dulwich Gallery – as part of a Spot-The-Fake challenge, has been revealed.

Since February, an 18th century painting by Jean-Honore Fragonard titled “Young Woman” has been replaced by a $120 counterfeit, produced in China. 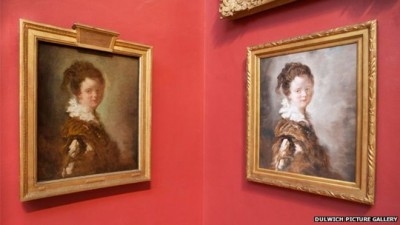 Gallery visitors were asked if they could identify the fake painting – lurking among the 270 Old Master paintings at Dulwich.

The fake Fragonard was created by The Meishing Oil Painting Manufacture Company, where 150 artists make copies of well-known works by the likes of Picasso, Van Gogh and Monet.

Strictly speaking, the paintings are not absolute fakes – since Meishing is careful to change the sizes slightly from the original masterworks.