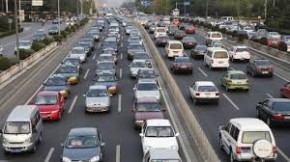 Contrary to popular belief, Toronto does not have the worst traffic congestion in Canada. That honour belongs to Vancouver.  According to a traffic index compiled by Amsterdam based TomTom, a firm that specializes in navigation and mapping products, Vancouver leads but Toronto isn’t far behind and Montreal is a close third.  TomTom’s fifth annual traffic index suggests the average commuter lost 84 hours last year sitting in Vancouver, Toronto and Montreal traffic.  TomTom blames high levels of congestion on the traditional work week in which many people have no choice but to be on the road at the same time. The company says more flexible schedules would help people save travel time while reducing rush hour congestion.