AN APPLE A DAY KEEPS THE PHARMACIST AT BAY: DARTMOUTH COLLEGE STUDY

You know what they say about an apple a day?

Well now, researchers at Dartmouth College in New Hampshire say its a formula that might not keep the doctor away, but it could reduce the number of prescriptions patients need from their pharmacists. 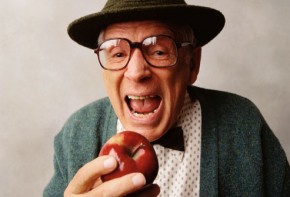 Scientists looked at more than eight-thousand people from 2007 to 2010, noting their apple-eating habits compared with their doctor visits.

While there was no real difference in the number of trips to the doctor, the study did find that those people who ate an apple a day — about nine per cent of the total group — did take fewer prescription medications than non-apple eaters.