BROADWAY HAS A GOOD THANKSGIVING WEEK

Black Friday was a bit of a bust for US retailers last week. Maybe it’s because everyone was at the theatre. 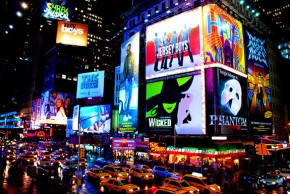 For the year so far, Broadway has entertained 6.7-million people who paid more than $700-million for their tickets. Both are about 13 per cent ahead of last year.