JAPANESE FESTIVAL TO BE NAMED AFTER OZAWA

A leading Japanese conductor is having a music festival re-named in his honour. 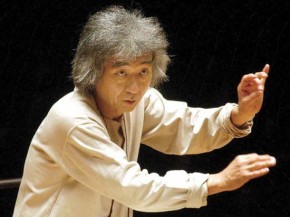 Seiji Ozawa is the general director of Japan’s Saito Kinen Festival Matsumoto. Beginning next year, it will be re-named the Seiji Ozawa Matsumoto Festival.

The festival has been running since 1992. It was named after Ozawa’s mentor, Hideo Saito. The festival’s orchestra will continue to be named after the late conductor.

Among his many accomplishments, the 78-year-old Seiji Ozawa led the Toronto Symphony Orchestra from 1965 to 1969.