It was just over a year ago Valerie Harper was told by doctors she had mere months to live.  Now the veteran actor has declared herself “cancer free!”  Known best for her role as Rhoda on the Mary Tyler Moore Show in the 1970’s, Harper had been diagnosed with a rare brain condition called leptomeningeal carcinomatosis in March of 2013. She underwent intense chemotherapy treatment and sought acupuncture therapy and found out last June, her health prognosis had drastically improved. 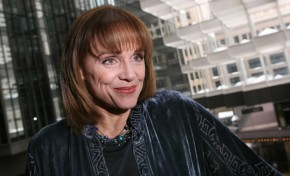 74 year old Harper claims her latest test results prove she is no longer battling cancer.  She says she’s now the poster child for not believing everything you’re told.  But Harper admits her oncologists are a little more hesitant to say she’s completely in remission, saying instead, she’s having a phenomenal response to treatment.  Harper says she’s still taking a number of pills to combat the illness, but only has to check in with her doctor every 2 months.