CHAREST BOWS OUT OF TORY RACE

A possible major candidate for the federal Conservative leadership is out. Former Quebec premier Jean Charest says he won’t enter the race. 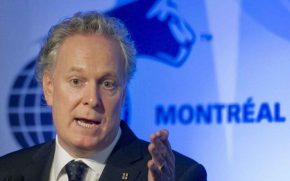 The 61-year-old Charest says the rules of the leadership race and the tight June 27th timeline for the convention,  make it hard for a candidate from outside the party like him. He says the party has changed a lot since he left it in 1998 to enter provincial politics as Liberal leader and adds he has a happy life and career. The only two to officially enter the race to date are Peter MacKay and Marilyn Gladu.