A new study shows life expectancy for Americans has declined again, to 78.6 years. The trend is driven by an increase in mortality rates among those between the ages of 25 and 64. After rising for decades, this is the third straight year that life expectancy has fallen in United States. The rising rates of midlife mortality hit some regions harder like Northern New England and the Ohio Valley. The research points to drug overdoses, suicides and diseases related to alcohol abuse as contributing factors, as well as hypertension and diabetes. The research indicates mortality rates are increasing only in middle age while they continue to decline in children, adolescents and people over 65. The study is published in the Journal of the American Medical Association.

In Canada, the average life expectancy was 80 years for males and 84 years for females in 2019. 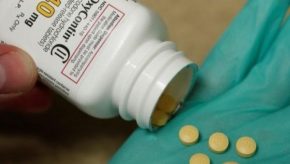